Of Polish Jewish parents, Arié Mandelbaum was born on July 7, 1939 in Brussels, in the district of the Midi station. Marked by the Holocaust, anchored, in spite of himself,  in history, the painter shows an early political commitment. As a child, he joined a leftist Zionist movement, Hachomer Hatzaïr, and was renamed Arié, which means Lion in Hebrew; the translation of Léon, the first name of the artist.

At fourteen, he left the Hachomer for the Jeunesses Populaires, the embryo of the Jeunesses Communistes. It is then that he gradually abandons school, believing that he will learn more from life than from school teachings. A founding element, the young man encounters culture in the French Letters where he discovers, in addition to the poems of Aragon, Eluard, Neruda and Hikmet reproductions of Picasso, Léger and Pignon. All his questions and doubts that inhabit him will now be mirrored in painting. It becomes essential, a necessity.

The young painter left the family home at the age of sixteen to move into the dilapidated Hôtel du Grand Miroir, a historic site in Brussels where Baudelaire stayed and which will be destroyed in the 1960s. He meets the painter Ralph Cleeremans. whom he befriends and meets with personalities like Camille De Taye, Marcel Arnould, Jacques Calonne or Marcel Mariën and Benoît Quersin. In 1956 he joined Leon Devos' workshop at the Academy of Fine Arts in Brussels after spending a year at Paul Frognier.
Arié Mandelbaum presents his first personal exhibition in 1960. Three years later, the exhibition dedicated to him by the Tamara Pfeiffer Gallery in Brussels meets the enthusiasm of the press which presents the young artist as one of the most promising talents of the Belgian school. On this occasion, the lawyer and art historian Bob Claessens gives him the honor of a laudatory speech. He celebrates the temperament of the pictorial act Arié Mandelbaum poses, that bring him closer to the great Jewish painters Chagall and Soutine. In 1965, the artist won the Prize of the Belgian Foundation of Vocation.

History, politics, family themes and witnesses of his existence reveal in the dark drawings and paintings of the first years an existential anxiety. In 1969, Arié Mandelbaum joined the Belgian Realistic Movement gathering painters such as Jorg Madlener, Roger Someville, Frédéric Beunckens or Jacques Muller as well as the sculptor and friend Joseph Henrion. But very quickly, the artist marks a break with the group to pursue a singular work. In the 1970s, the exacerbated expressionism of the beginnings gradually gave way to a more restrained expression. The emergence and the power of the work of his son, the painter Stéphane Mandelbaum, contributes to this. White appears little by little to become omni-present. Many writers, such as Marcel Moreau, Bernard Noël, Paul Emond and Serge Meurant have commented on his work.

It was in 1966 that the artist entered the Uccle School of Art as a teacher to teach painting. The direction of the Academy is entrusted to him from 1979 to 2004. The painter favors the meeting with other creators. The school has the privilege of seeing artists from all walks of life. Among them are Boris Lehman, John Berger, Johan van der Keuken, Paul Meyer, Jean-Michel Palmier and Maurice-Moshe Krajzman. These meetings testify to a desire to feed a reflection on painting by other disciplines. In this spirit, Arié Mandelbaum performs as an actor in the productions of Claude Schmitz since 2003.

Rhythmed by papers stretched on the walls, Arié Mandelbaum evokes the chapters of a life, composes and dialogues with the memory. Painting becomes a way of seeing the world. This, according to the painter, is his main point. Currently, the artist continues his work between Brussels, Fontenoille in the Belgian Gaume and New York.

This text was orginally written in french for the exhibition "L’Intime & Le Monde" at the Centre Wallonie Bruxelles, Paris. The text was translated by Laurent Bekaert - if you have comments on the translation please contact us
Components
Images 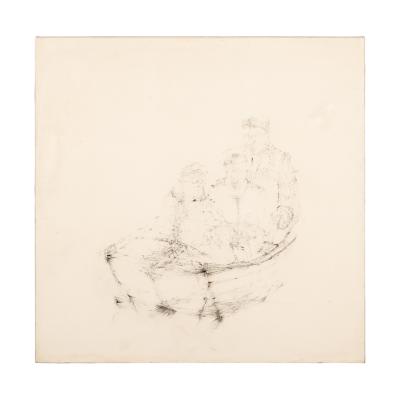 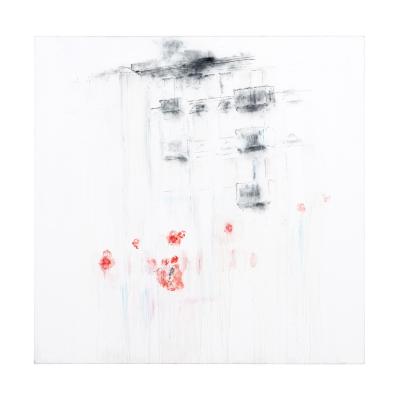 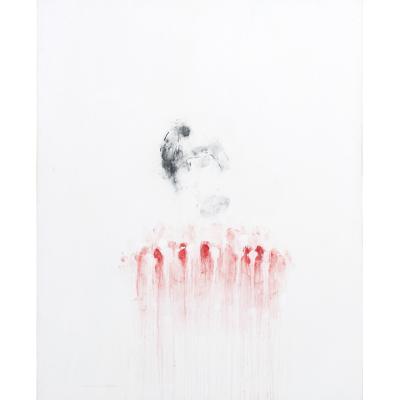 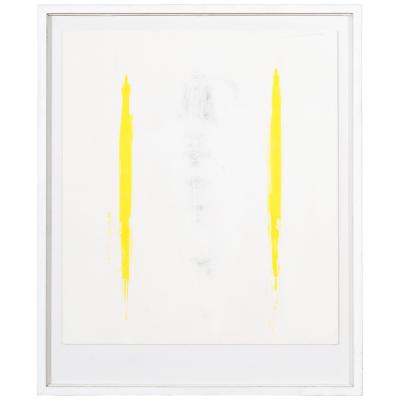 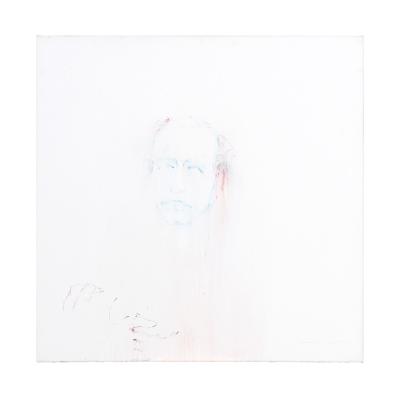 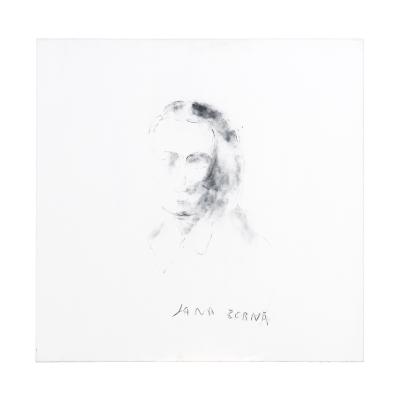 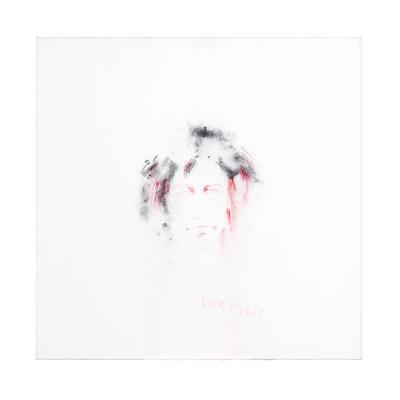 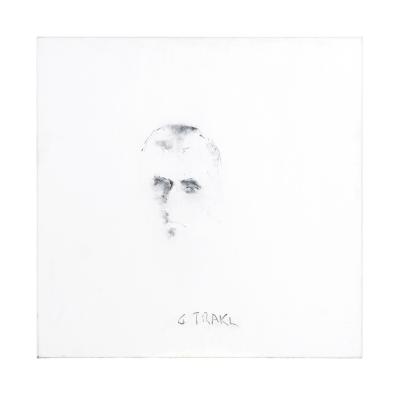 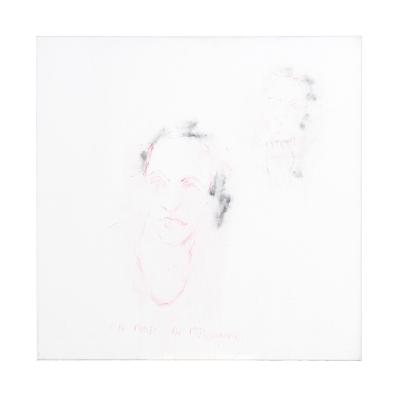 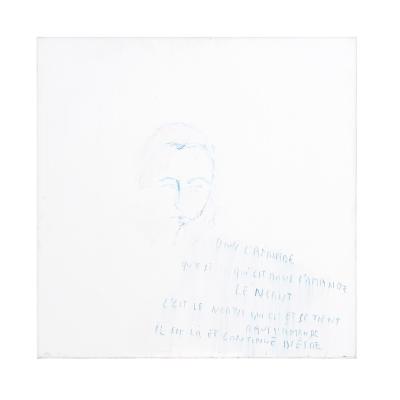 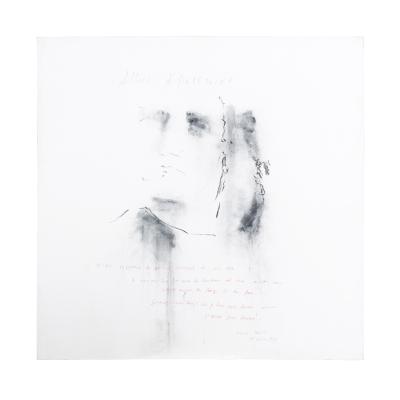 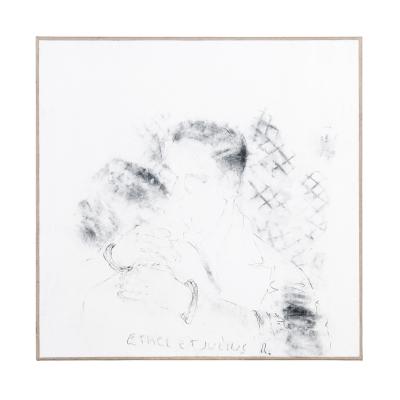 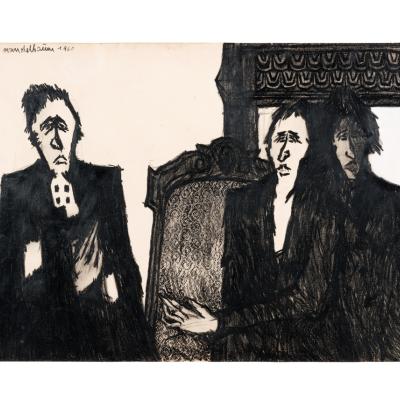 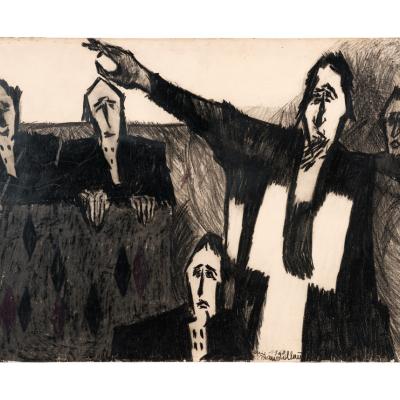 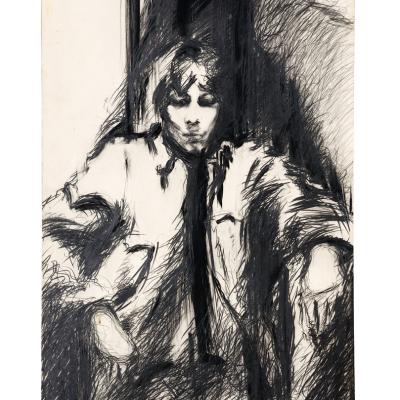 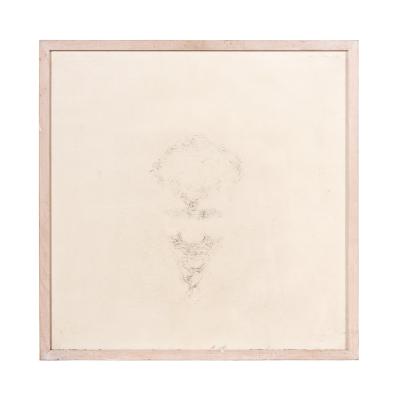 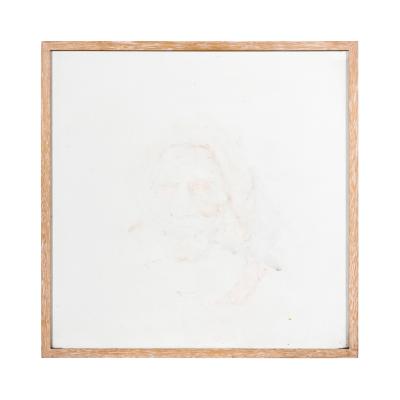 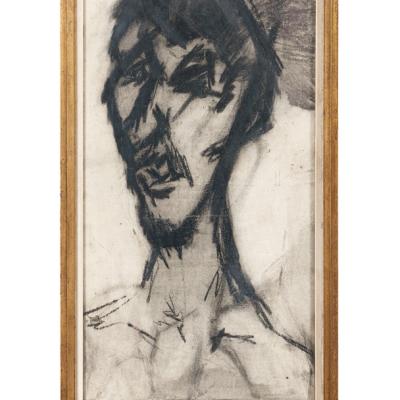 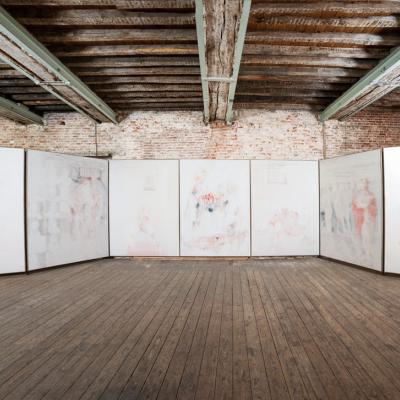 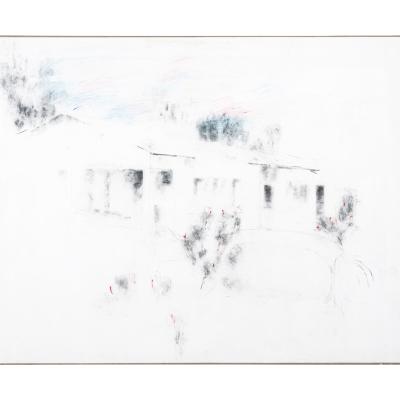 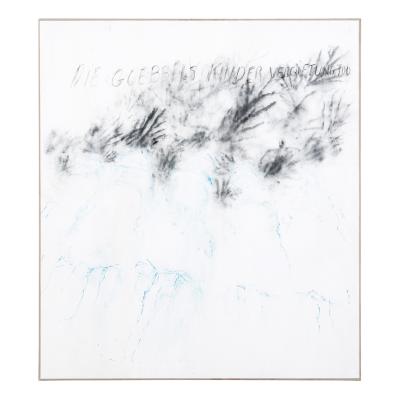